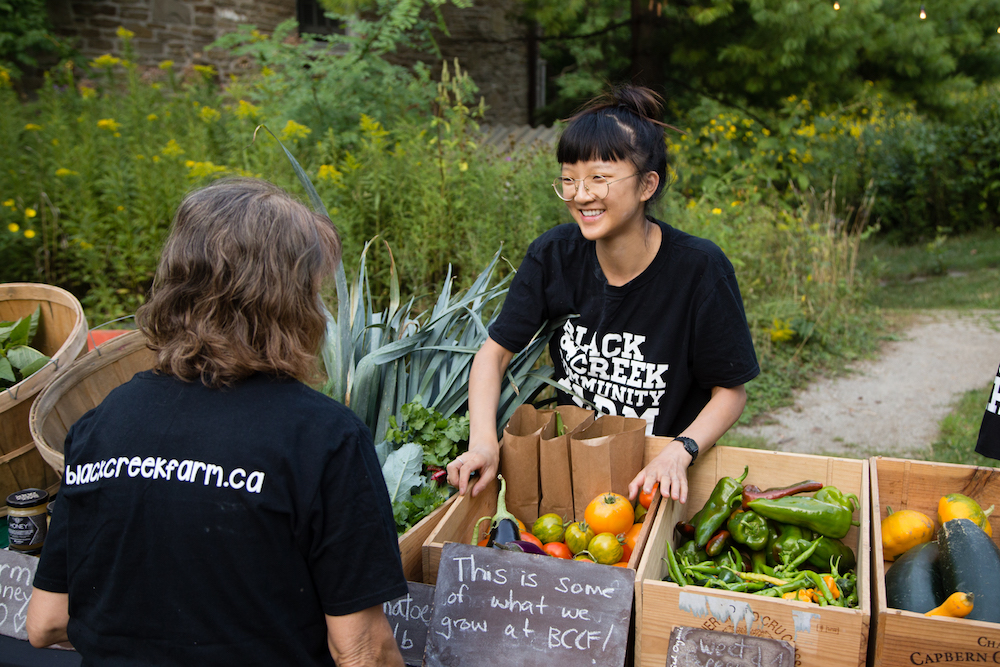 I moved to Toronto from Vancouver in January, 2019.  I had just finished an apprenticeship on an organic farm on Salt Spring Island and I knew I wanted to gain experience on an urban farm next. When I first moved to Toronto I worked as a florist’s intern, at a tea shop, at a hotel, and volunteered in community gardens. It was the dead of winter so it was unlikely I would be farming soon. I felt like I had strayed from my initial goal, but in June I started working as the Market Garden Assistant at BCCF.

My first day involved paperwork in the morning, and then mulching the greenhouse making sure the tomatoes, eggplants, and  peppers stay moist with straw. Within a few weeks my role expanded to CSA member communications, and running social media for our Market Garden program. I had a lot to learn on my own time!

If you live in Toronto and haven’t been to BCCF yet then I highly encourage you to stop by the farm. It’s a special place with hardworking people who want to grow food and empower others to do the same.