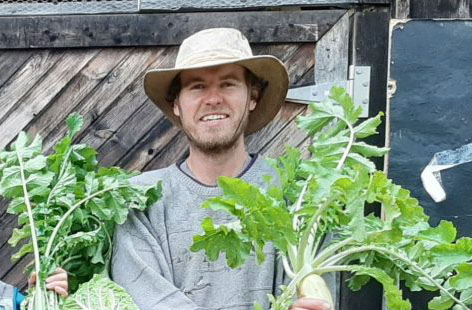 Connor has a Master’s degree in Environmental Studies from York University. Before that he graduated from an environmental engineering program at the University of Waterloo and worked for a few years as an environmental consultant. While at York and living in the Black Creek neighbourhood, Connor became involved as a volunteer and resident council member at BCCF. He then sought a staff position in order to participate more directly in small-scale food growing and land stewardship, which he identified as important aspects of a societal transition away from fossil fuels.

Aside from growing things, he is particularly interested in and passionate about appropriate technology, green building, ecological design, simple living, conservation, and alternative economics. He has been working with the market garden at BCCF since 2017.